The collaboration between Serbian-born American drummer Marko Djordjevic and Sten Hostfalt started in the early 1990s, with their experience as students at Berklee College of Music, and regular performances together at Boston venues like The Eastern Front, the Middle East Cafe', Ryles Jazz Club, and NightStage.
After professional obligations with touring and recording, meant being based in separate parts of the world for nearly a decade, the collaboration resumed on the New York City music scene of the new millennium. With Hostfalt as an invited sideman and featured guitarist in Marko's band SVETI, performing Jazz fusion originals alongside members and guests Janek Gwizdala, Nir Felder, Brad Mason, Matt Pavolka, and Christian Fabian, at NYC venues The Village MA and Nublu. 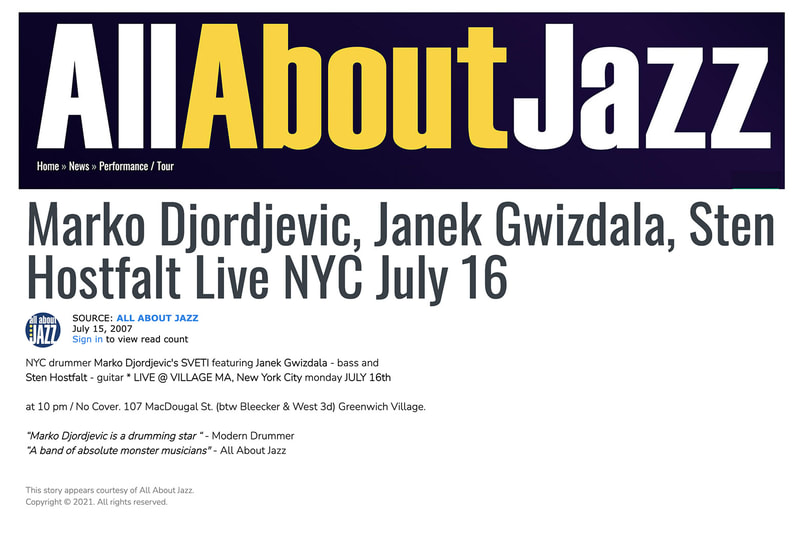 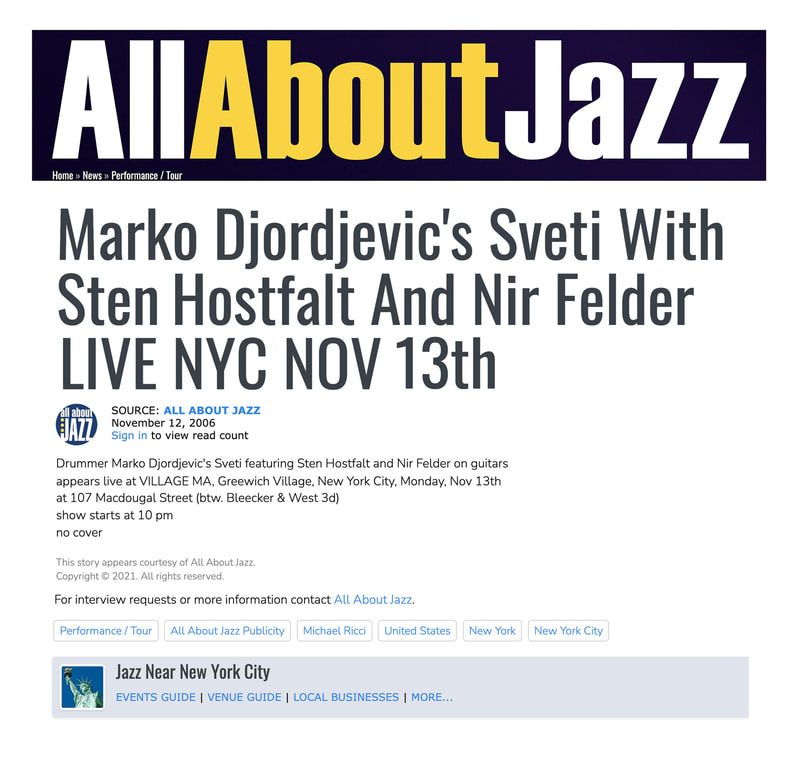 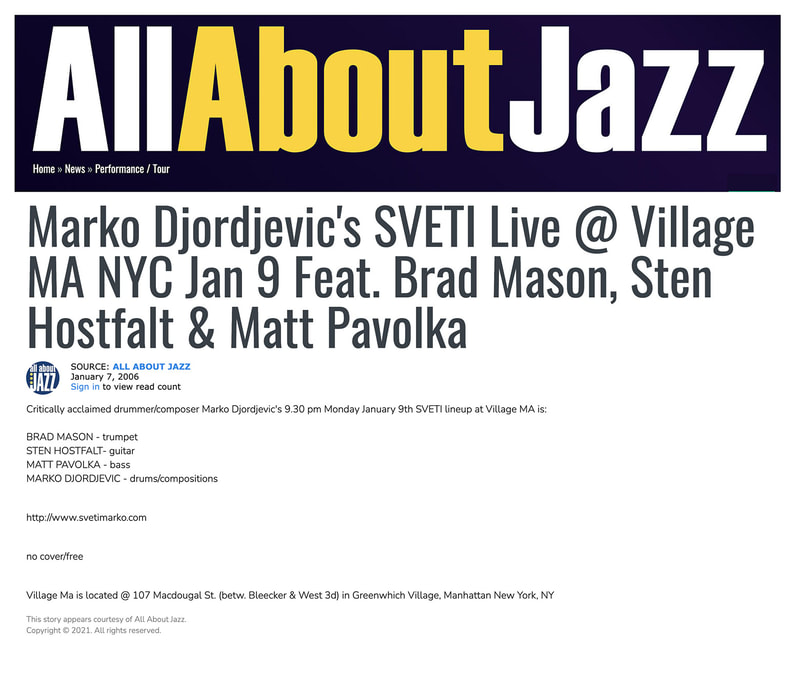 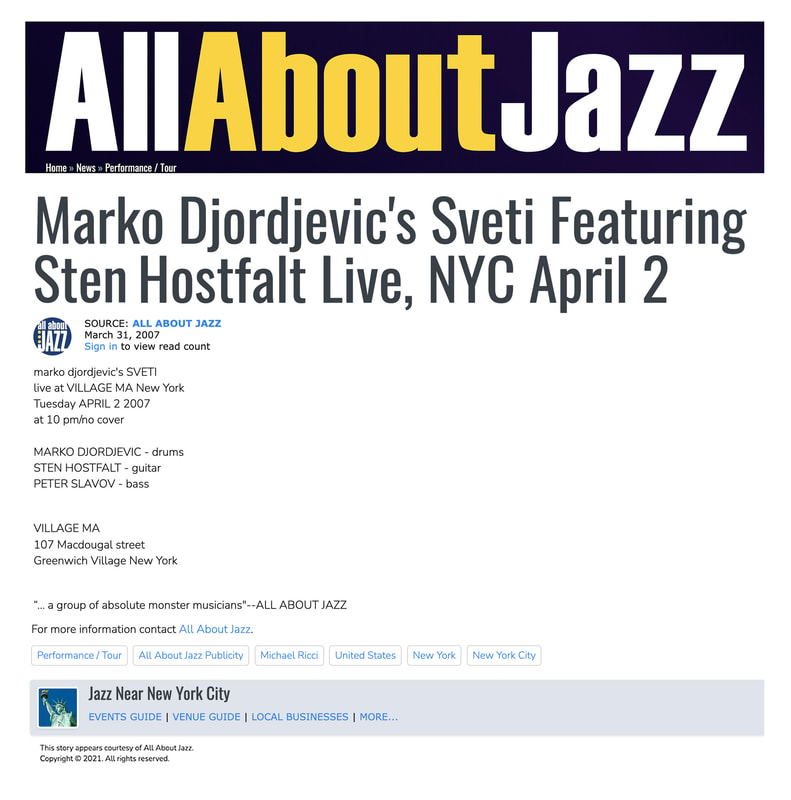 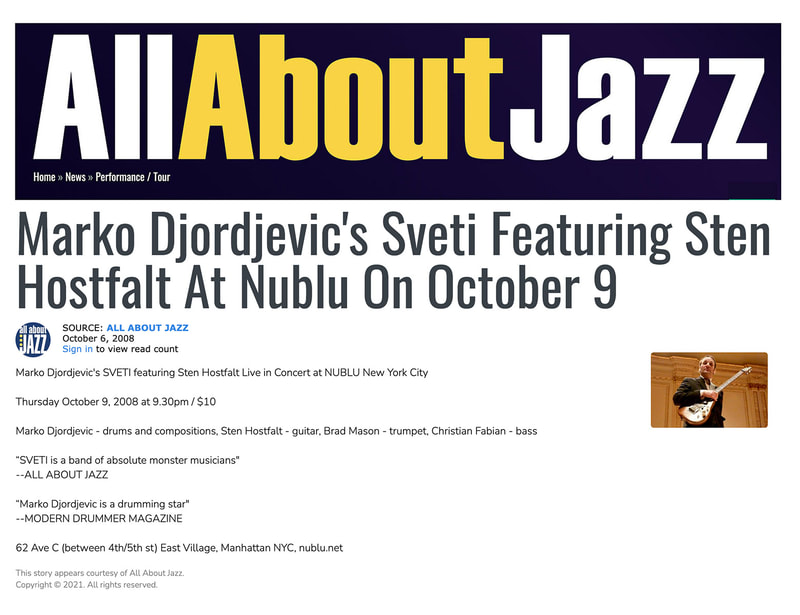